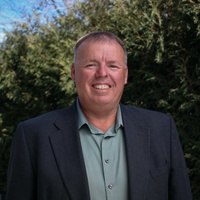 Mike Erickson, LPL Financial Advisor, has been assisting clients and other financial professionals since 1997. A year after Mike joined the company, he became the District Manager and held that managerial role until 2011 when he decided to step down to focus on his clients. Kelsey, Mike’s daughter, joined his practice in 2015 with the goal of implementing marketing practices and increasing the level of client service offered. In 2019, Mike partnered with Dan to form Core Wealth and they opened their own personal branch office. The focus still being to provide the highest level of customer service possible through more defined roles and a deeper level of knowledge.

Mike enjoys spending time with his wife Becky, four children, and three grand-children. He loves the Montana State Bobcats and is very active with the events through the University. Mike is a season ticket holder for football and both men and women’s basketball. He also likes to spend his time playing golf, traveling, and volunteering in community events.